A Message to the Occult 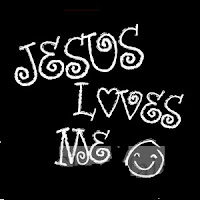 Last night I dreamed that I was talking to three young people who had decided to join a group of people that went out at night and painted the bones of skeletons. I knew that the three young people I was talking to had made up their minds to go and I could not stop them; so I began to share with them how Jesus Christ love them very much. I knew that after they committed such an act that they would be tormented by demons or evil spirits. I told them to remember when they get in trouble, they can call on Jesus Christ for help. After I spoke this to them, I noticed that they did not go and three other young people whose body was covered with tattoos went. I then woke up.

Jesus Christ loves those who are in the occult. His message to you is when demons or evil spirits torment you, call on Him. He will save you because He loves you.
Posted by Evangelist King † A Female Exorcist and Missionary at 7:22 PM No comments: