Latisha surrendered her life to the LORD God at the age of 18 during a church service.  The person prayed for her and demons manifested.  She was only 100 pounds and it took about 4 men, including a heavy-set police officer, to hold her down.  After the ordeal, she felt something was STILL in her.  Over the years, she grew in the knowledge of the LORD; but something was STILL wrong with her.  She could not get a TOTAL breakthrough.  She attended MANY churches that held deliverance and due to watching their methods of deliverance, she was fearful about deliverance.  The LORD God led her to our program.  She called and scheduled a session.

As the LORD ministered to her, through me, the Holy Spirit revealed the “root” cause of her problem.  From the ages of 5-8 years old, she was sexually molested multiple times in which boys would fondle her in the classroom.  This opened the door for sexual demons to attach in her life because her parents rejected the covering of the LORD God.  Numerous times she had marriage proposals; but suddenly, the person would call it off due to strange reasons.  As the LORD ministered to her, through me, I felt the spirit of fear whispering suggestions to her.  I then assured her that there would not be any manifestations as she experienced in the past.  I then, by faith, disconnected her from EVERY spirit that were not of the Holy Spirit and applied the Blood of Jesus over EVERY known and unknown covenant and contract to dissolve it.

I confronted the spirit husband in her life and commanded it to pack its load and leave in Jesus’ name.  At the end of her session as I was ministering the Word to her, I asked her to begin to say, “Thank you, Jesus.”  It was then I felt a long silence and heard a voice grunt, uh-uh, which means no.  I immediately shifted from a loving voice to a stern voice and reminded that demon to turn loose and leave her.  I felt it was trying to hold onto her and refusing to leave.  I reminded it that she was purchased with Jesus’ blood and Jesus owns her and it no longer has any claim to her.  I commanded FIRE of the HOLY GHOST ALL OVER HER BODY.  I then heard it leave and knew, by faith, it had left.  Then I asked Latisha to repeat words after me in which she thank the LORD for setting her TOTALLY free in her soul (mind, will, emotions) and body.  She felt a little weak after the warfare, but praising and thanking the LORD for the lightness she was feeling.  She then stated that she heard a voice say that it is done.  She was free.  Shalom † 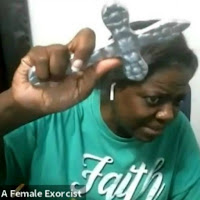 In need of prayer and deliverance? Come and join your faith with Evangelist King, A Female Exorcist, for your TOTAL deliverance in Christ Jesus' mighty name. Come expecting! To join the upcoming deliverance prayer session; for details, visit here. ALL CALLS AND SESSIONS ARE PUBLIC, RECORDED AND SHARED ON ALL OUR PROGRAMS. NO EXCEPTIONS. Shalom †

Posted by Evangelist King † A Female Exorcist and Missionary at 6:51 PM No comments:

His Promise To Me

AGAIN, God does not have love. He is LOVE. He KNOWS that in order for Him to set us TOTALLY free, we MUST acknowledge our wrong doings and forsake them. Then, He will have mercy upon us. The LORD God has directed MANY of His children to me to receive deliverance and healing on a one-on-one basis. He also knows that they MUST first confess or acknowledge their wrong doing. Most times the enemy has suppressed their memories so that they do not remember what they had done or what happened in their life to cause their ongoing problem(s).

As the LORD has instructed me, I would ALWAYS begin to talk and He will start speaking through me. As the person listens, SUDDENLY they would remember something that happened to them that they did not know before. At first, I did not pay any attention to it; but after several more calls, I noticed that each person would say the exact same thing. Then I questioned the LORD about it. He said, “Terry, it is the anointing that I placed upon you. They MUST confess their wrong doings and forsake them in order for me to have mercy upon them. When they confess to you, I have given you POWER and AUTHORITY to set them COMPLETELY free from that stronghold.”

Therefore, dear hearts, whenever the LORD God Himself sends one to me, they will confess and forsake their wrong doings. IF the LORD God did not direct you to me and you call me, then you will not be set TOTALLY free because He did not send you. For His promise to me is that whomever He sends to me, I will not lose. Selah †

OPEN LINE FOR DELIVERANCE; for details, visit here. Shalom †
Posted by Evangelist King † A Female Exorcist and Missionary at 11:05 AM No comments:

Power Against Stagnation [No Growth]

Faith in God COMES as we hear or listen to the teachings of God's Word. Join Evangelist King as she teaches the Word of the Living God.

For you are a people set apart as holy for Adonai your God.  Adonai your God has chosen you out of all the peoples on the face of the earth to be His own unique treasure. Because you are listening to these rulings, keeping and obeying them, Adonai your God will keep with you the covenant and mercy that He swore to your ancestors.  Tune in and hear what the Holy Spirit continues to say to The Body of Christ.
Posted by Evangelist King † A Female Exorcist and Missionary at 3:26 PM No comments: 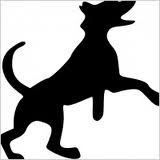 I remember the first time I was made aware of a demon spirit of dog. It was in 1997 at a Christian camp.  During praise and worship as  I was under the power and presence of God, the LORD opened my spiritual ears to hear the barking of a dog. I literally thought that someone had allowed a dog to enter the sanctuary. Then the LORD told me it was not a physical dog. He directed me to the area where I was hearing the sound. Immediately I knew who ALWAYS sat in that area. When I was able to come back to the natural realm, I immediately looked in that area to see the person whom the barking came from. To my amazement, it was a friend of ours, a pastor. I then knew that he was not a TRUE friend to us. He was Satan’s agent sent in sheep's (or shepherd's) clothing to spy out and report news to him concerning the works of the LORD at that camp. Selah †
Posted by Evangelist King † A Female Exorcist and Missionary at 11:09 AM No comments:

Does God Need Our Help 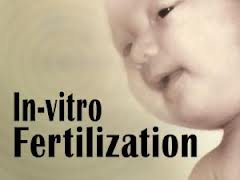 Sometimes the LORD God doesn’t move as fast as we desire Him to move.  Therefore, we will begin to THINK of ways to help Him.  So we will add our input into our situation and then say, “Look what the LORD has done.”  When, in truth, it was not the LORD’s doing; it was ours.

Father Abraham and Mother Sarah proved this point.  The LORD promised them a child, but He was taking too long.  So Sarah advised Abraham of a plan to help out God.  Even though LIFE comes from God, the process in which they devised to birth that child was displeasing to God because it reflected that they did not believe Him.  The NORMAL way in which the LORD God created for a husband and wife to bear children is through sexual intercourse DIRECTLY with each other using the penis through the vagina.  Today, there are many Christian couples who are infertile.  Instead of doing exactly as Abraham and Sarah in solving their infertile problem; instead, they are turning to In-vitro Fertilization (IVF).

REMEMBER, as Abraham and Sarah, it’s the process in which denies that the LORD our God is faithful.  In truth, IVF requires that the husband masturbates in order for his sperm to be collected.  Just this process alone is unpleasing to the LORD because the seed is spilled in order to be collected and an object or situation MUST be devised in order for the husband to reach sexual arousal. Do you think that demons will sit by and watch these unpleasing acts to God and not take advantage of it?  Think about it!

We MUST trust the LORD our God in EVERY situation of our life; and by doing so, it will add no sorrow to it.  Today, just look at Father Abraham’s seed through the son he fathered using the wrong process.  Selah †

Posted by Evangelist King † A Female Exorcist and Missionary at 8:56 AM No comments: