One morning my husband and I arrived for Corporate Prayer only to find out that we were the only ones there. So my husband started fondling around with the media and I just sat down. The LORD spoke to me and said, "Terry, why are you looking at your husband as only your husband? Stop looking at him as your husband and start looking at him as a member of the Body of Christ. Where two or three of you are gathered in my name, I am there in the midst of you. Since there are two of you, then you two are the Body of Christ, the Corporate Church." After hearing God's words, we began corporate prayer.

Dear Hearts, we must always remember that the person whom the LORD use is His vessel. We should NEVER look on them as just being our spouse, relative or friend. They are God's instrument and IF we believe that the anointing of God is upon them, we will be bless as they are blessed.

Selah †
Posted by Evangelist King † A Female Exorcist and Missionary at 12:44 PM No comments:

Why are the Enemy's attacks successful in my life?

The word "prosper" means "successful, succeed or happen as expected".
The LORD God declares to us in Isaiah 54:17, "No weapon that is formed against thee shall prosper; and every tongue that shall rise against thee in judgment thou shalt condemn. This is the heritage of the servants of the LORD, and their righteousness is of me, saith the LORD."
God's Word is true!  Then why do we experience attacks from the Enemy that seems to be successful or happen as expected?  Here's the answer.  Whenever we obey God's Word, it is ONLY then whatever weapon Satan forms against us will not succeed or happen as expected.  But IF we are experiencing attacks from the Enemy and it's evident that his weapons have succeeded in our life, then it only means that we have given the Enemy permission.  The permission is an open door.  This open door ALWAYS stem from disobedience to God's Word because the LORD said that the soul (the mind, will and emotions of a person) that shall sin or disobey Him, it shall die (Ezekiel 18:20).  The Enemy takes full advantage of this particular word when someone, especially a child of God, choose to disobey the LORD. 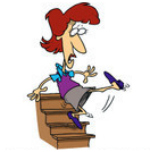 It also means that even God's servants, especially after ministering His Word, should not be experiencing bodily attacks such as falling downstairs, a broken arm or leg, scratches on their body, headaches as though someone is driving a nail in their head, stomach aches as though one has diarrhea, and choking as though someone's hands are around their neck.  These are merely a few demonic manifestations from Satan's attacks.  IF demonic manifestations are evident in the life of a Believer, then it only means that the individual has an opened door in which they have given the Enemy permission to be successful in using his weapons in their life.
In a nutshell, when we have obeyed the voice of the Holy Spirit in every area that He has revealed to us and we continue to be lead and guided by Him, then with all surety we KNOW that the Word of God is true in which no weapon that the Enemy has formed against us is successful and will not happened as expected.
Selah †
Posted by Evangelist King † A Female Exorcist and Missionary at 11:49 AM No comments:

disconnect = to separate, cut off, detach, disengage
soul = a person's mind, will, and emotions
ties = to bind, attach, knot, join

In service, as we were worshipping the LORD, the pastor began to speak. Suddenly, I heard the elder speak as well. As my eyes were closed, I said, "Which is which? Is it the pastor or the elder?" So I opened my eyes, and I saw that it wasn't the pastor speaking, but the elder. I was shocked because he/she sounded just like the pastor. I then remembered that it had happened twice before, but I didn't pay any attention to it. I thought about it and then the LORD said, "There are no Siamese twins in the Kingdom of God." 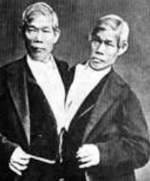 As I thought on the LORD's words, I decided to look up the word "Siamese" and it means "providing two-to-one connection". I also thought about the Siamese twins that were in national headlines in the 70s. They were older ladies whose heads were joined together from birth. It was sad and hideous to look at. By being joined together, it forms an unhealthy relationship because when one dies, the other dies.

Well just like Siamese twins are known to be unhealthy relationships in the physical realm, it is so in the spiritual realm. We must remember that each of us are unique. Just as in the natural realm each person has their unique DNA, it's the same in the spiritual realm. The Word of God informs us to be imitators of Christ Jesus and we are ONLY connected or joined to Him by faith. For Christ Jesus is the "True Vine" and ALL branches are joined or connected to Him. Branches are not connected to branches. Therefore, we are not directly joined to each other. Life is ONLY in the true Vine, Christ Jesus. All other connections are unhealthy and produces death. We are ONLY joined to each other by being joined to Christ Jesus. This is the ONLY way we will have healthy relationships one with another.

We should NEVER be DIRECTLY tied, binded, attached or joined to any other person or thing. We should not form "soul ties" or birth "spiritual Siamese twins" because it will produce unhealthy relationships in the spirit realm.

Soul ties! Unhealthy relationships! Bad habits! All need to be disconnected in the spirit realm! Christ Jesus is the ONLY One Who can disconnect us from all unhealthy connections! Selah †
Posted by Evangelist King † A Female Exorcist and Missionary at 7:36 PM No comments:

My husband and I once visited a man's ministry.  During praise and worship as we were worshipping, I noticed in the spirit that the praise had shifted.  So I opened my eyes to see what was going on.  Then I saw that as the man of God was being escorted to the pulpit, most of the people were clapping their hands in praise to him.  This happened each time we visited.  On the last day of our visitation, the congregation conducted an Honor Service for the pastor.  One-by-one a person would give tremendous honor to the pastor.  Then suddenly, the LORD spoke through the mouth of a prophet who was visiting that Sunday.  He said with a loud voice, "That is too much honor for a man!"  My husband and I, and even our young daughters, looked at each other because we knew this was the voice of God.  We knew by the Holy Spirit that this was wrong.  They paid no attention to the prophet of God and continued honoring the pastor.  Let me say this.  That pastor was a man of God and a true worshipper.  His only weakness was that he continued to allow his congregation to give him more honor than God.  He did not and would not forbid the people in doing so.  Well, we decided never to return because we refused to honor him above God as the others.  Several months later that same pastor was in the headlines.  Young girls and boys of his national and international congregations accused him of sexual molestation.  He was found guilty and given 15 years in prison.  Now rather the accusations were true or not, I do not know.  All I know is that the LORD warned him through the mouth of His prophet and he failed to obey.
Galatians 5:24 reads, "And they glorified God in me." Therefore, it is safe for you (and for the man/woman of God) to never glorify the man/woman of God, but to glorify the God of the man/woman.  Selah †
Posted by Evangelist King † A Female Exorcist and Missionary at 2:59 PM No comments: