Over each local church there will ALWAYS be a stronghold—either the Holy Spirit or demon spirits. We need to START asking the LORD our God to reveal to us the “stronghold” over a church BEFORE entering. REMEMBER, the LORD said, “No SERVANT can serve two masters; for either they will hate the one, and love the other; or else they will hold to the one, and despise the other.” Selah †

I (Evangelist King) received a call from a woman who needed deliverance from sexual demons (water spirits) for herself and her 13 year old son. Many years ago, she married a pastor after the LORD commanded her NOT to marry him. Throughout her marriage she was tormented by the demons in her and in her husband. While sleeping, she would feel someone hitting her really hard and hear a squeaking noise like a pig—a high pitch noise. After awakening, she would see her husband looking at her with blood-shot red eyes. The next morning she would question him about it, but he would not remember doing those things. He later divorced her. 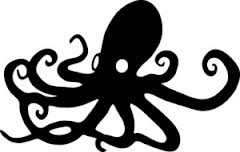 She shared a dream or vision with me in which her son had many years ago about his father’s church when he was only six years old. He said, “I saw the main sanctuary suspended in water. It had no foundation and above the church was a big black octopus. I was scared to go into it; so I went to the church across the street (the multipurpose building where they have youth church) because it looked like a carnival and fun. I went in. When I came back out, I saw next to the main sanctuary that had the big black octopus, a slide going up and a slide going down; so I took the stairs going up. When I took the stairs going up, I looked back over to the multipurpose building and saw daddy coming out of the door and a red octopus pulled him back in. As I went up on the stairs, I ended up on top of what I thought was the world. It was like a globe. I was on top of the world and it was suspended in the ocean. I jumped off the world and jumped into the ocean and the waters divided and the sea creatures came up and the waters closed back. I then woke up.”
Posted by Evangelist King † A Female Exorcist and Missionary at 10:29 AM